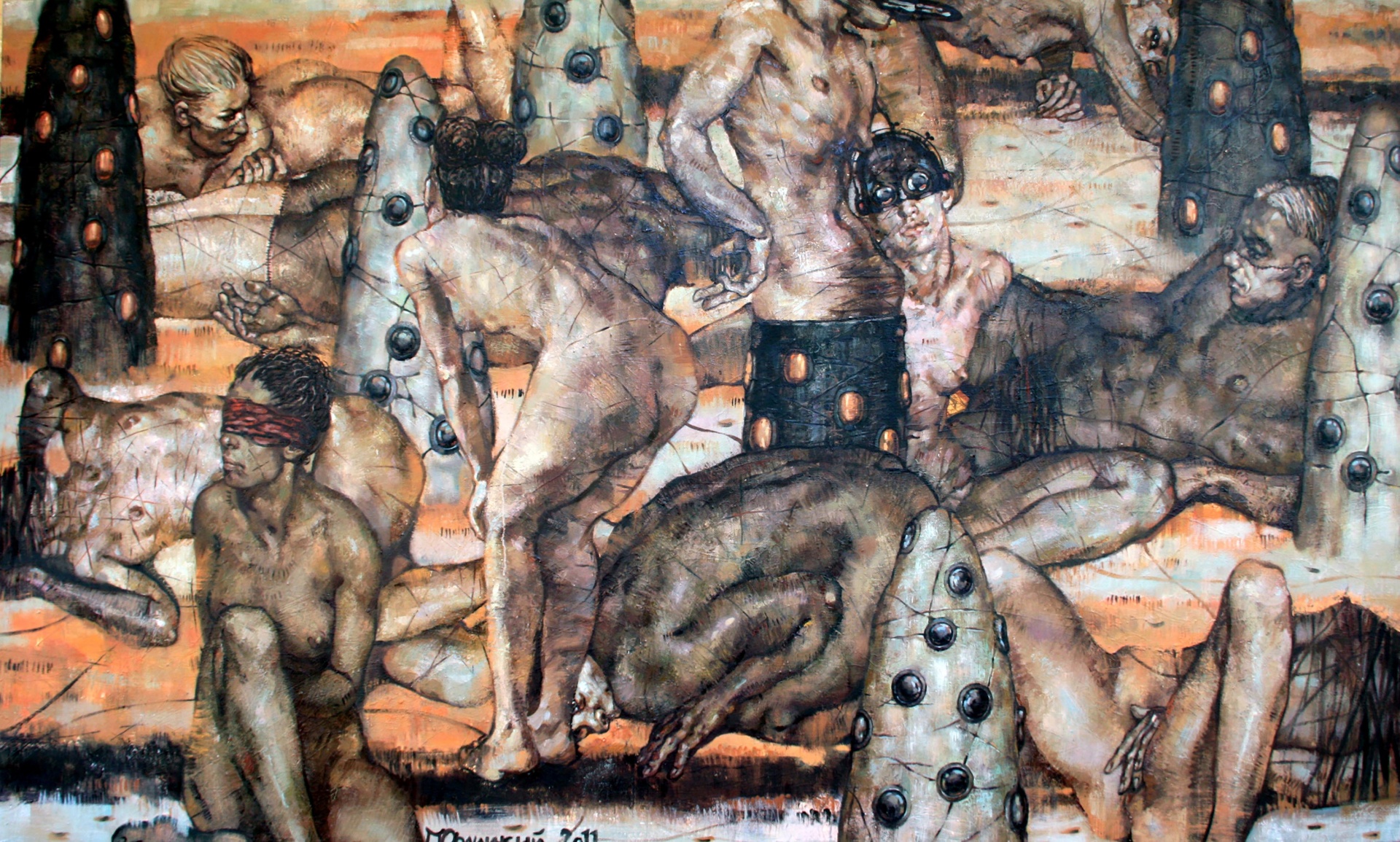 May 22, 2019 in the POP UP MUSEUM of modern Russian art and the art battle “MAX ORLYTSKY VS ALEXEY VASILYEV” opens.
Art is forced to become more and more entertaining in the 21st century. Moreover, it should prove its importance in comparison with the mass of museum exhibits, and the artist should struggle with huge competition every day. There are fewer niches where it can be realized in its uniqueness, and this search becomes more exciting.
Orlitsky vs. is a performative project about conflict and the boundaries of individual utterances, a current postmodern practice with rethinking multiplied by narcissism and the impostor complex. The project is an interactive show designed to bring the artist's kitchen to the public. According to the idea, the artist finds interesting artists to him, medially different artists to a duel, in which rivals select each other’s works that are relevant to them and within three hours they transform, deconstruct, or only incrusted them under the supervision of cameras and spectators. This brings us back to the problematics of copying, whether any copy is a distortion, or it can bring innovation. At what point does the artist cease to be the owner of copyright truth?
After the deadline, the results of the work are evaluated by the jury members, among whom are art historians, gallery owners and celebrities. This performance is designed to popularize contemporary art forms and therefore, for maximum interactivity, the process is broadcast on the social network in live time mode. It is also documented and appears in a video format on the Youtube site for people who could not attend the event. According to the results of seven planned battles, a reporting exhibition will be arranged at the end of the year, assembled from pairs of pictures of rivals, supplemented by monitors with video broadcasts of each “duel”.
ARTISTS
Alexey Vasilyev. Born in 1980. In 2002 he graduated from the KSPU. K.E. Tsiolkovsky. Lives and works in Kaluga. Basically he writes on paper and on canvas with acrylic paint. For installations it often uses other materials or paints the walls of the exhibition space, which become the plot continuation of its canvases and drawings.
Max Orlytsky. In 1982 born in Izhevsk. In 2004 graduated from the Institute of Art and Design UdGU. From 2005 to 2008 Internship in the Creative Workshops of the Russian Academy of Arts in Kazan. Since 2010 lives and works in Moscow. Since 2015 Member of the Creative Union of Artists of Russia. Works by Max Orlitsky are in private collections in Russia, Italy, Germany and Turkey.


* BATTLE - the term is borrowed from English. battle - the battle. It implies the youth current, which is distinguished by unconditional entertainment, brightness and quality of performance. The translation of the term fully reflects the essence of this phenomenon: people (or entire groups) compete with each other in different directions. The battle is peculiar for the following directions: dance, music, Internet, creativity.