She graduated from the Academy of Architecture and Arts of the Southern Federal University with a degree in Painting (2011), and from the Faculty of Philosophy at the Rostov Institute of Philosophy and Socio-Political Sciences (2012).

Sasha's unusual creative path began in early childhood — she spent hours with a brush and paints, not reacting to the world around her. Such immersion in the process of drawing and lack of interest in what was happening around her led her parents to suspect that the child had autism. Later, Sasha's school teacher noticed how the girl makes drawings on her skin with sharp objects. As a result, the young artist was diagnosed with schizophrenia.


In 2013, Sasha moved to Moscow, where she lived and worked in the House of Artists in Bryusov Lane. Being very demanding and critical of her work, Sasha destroyed the canvases painted during that period.
Sasha's art is very sincere and interesting. It is devoid of a touch of civilization and looks like a wild animal, a primordial and dangerous nature-divinely beautiful, creative, but also deadly and frightening at the same time.


The main focus of the artist's work is on the creation of expressive painting. Sasha has an artistic potential associated with the expression of emotions and working with color and color combinations. In her paintings, she masterfully uses the color dynamics of red and orange, causing a strong emotional tension.


Sasha Zabaluev's art is feminine, it contains a lot of suppressed female energy, pain, and a cry, with which the artist tries to draw attention to the breakdown of the world. Sasha's paintings are not so much a search for yourself and your place in a seemingly dangerous, scary and unfriendly world, as the only possible way to exist in a space where total loneliness is the only reality.
About Sasha's attitude to creativity, we can say that for her "artist" is not only a profession, but rather a way of life in which a sharpened perception of reality is combined with a game of imagination. 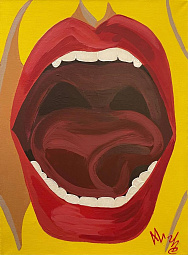 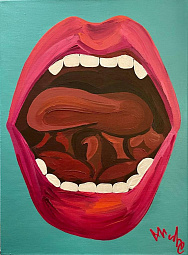 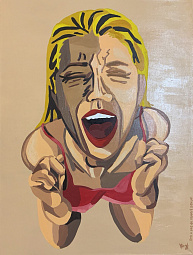 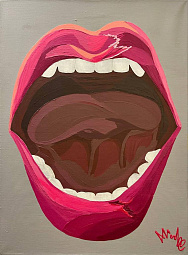 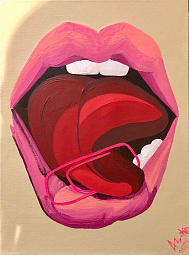 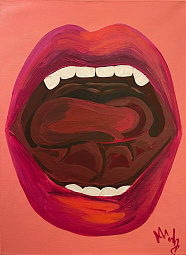 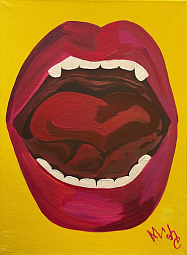 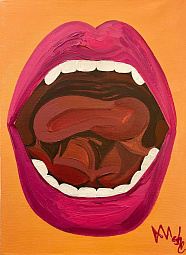