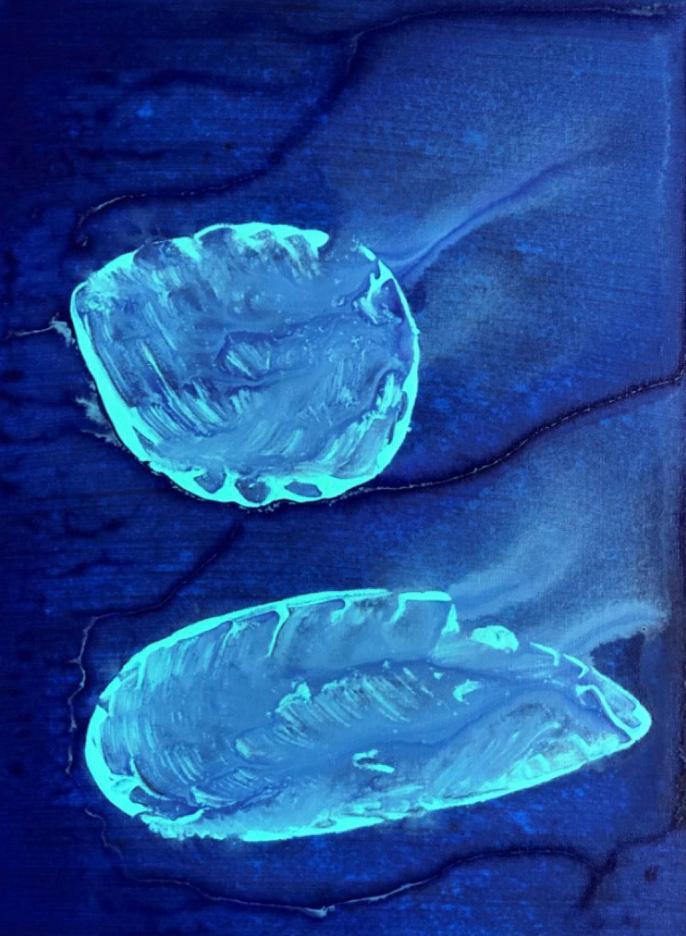 On October 14, 2020, POP UP MUSEUM of contemporary Russian art at the site of the design business center "NEO GEO" opens a personal exhibition of the famous American artist Emilio Hector Rodriguez "AND THE WORD BECAME FLOOD".

The exhibition project of Emilio Hector Rodriguez became the quintessence of deep spirituality and a modern approach to painting. In this difficult time, when a person is suspended in uncertainty and it seems that the light at the end of the tunnel is indistinguishable, the soul, more than ever, yearns for hope, support and spiritual food.

In his series of abstract works, Rodriguez provides a creative response to quotations from the New Testament, conveying their sacred meaning in the language of art - through geometric shapes and abstract compositions. Originally "sounded" at the John C. Favalora Archives Museum at St. Thomas University in Miami. USA, "The Word" in the embodiment of Emilio Ector will sound at the Moscow POP UP MUSEUM.

American-Cuban artist Emilio Hector Rodriguez was born in Cuba in 1950. From the age of 12 he was engaged in painting - he experimented with oil paints and tempera. The artist left Cuba forever in 1981 and spent a year in Paris. Then he moved to Miami, where he still lives with his family.

In 2005, Emilio returned to the serious pursuit of art, mastered the technique of acrylic, and by 2007 fully devoted himself to abstract painting. In 2010, he founded and headed the 7 + 1 group of abstract painters (7 Plus One), in honor of the centenary of the appearance of the first abstract works by Wassily Kandinsky. The group exists to this day, presenting its art in museums in different countries.

In 2014, Emilio Hector was invited to become a member of the Cuban American Photo Library Foundation in recognition of his outstanding work in photography.

FROM THE CURATOR
Emilio Héctor Rodriguez has created an impressive series of abstract paintings called "And the Word was made flesh."

One plane of work allows us to enjoy the completely unique and creative visual language of art. It is full of vibrant colors, rich textures and delicate weaves. Another plane reveals to us an artist who is not afraid to show a new perspective of religious art. Rodriguez uses abstraction as a pure and simple way to convey his spiritual and religious experiences.

Through the series of works “And the Word became flesh”, the artist allows us to discover art in different planes and dimensions, establishing a warm connection between the New Testament and painting. This is not an attempt to provide an accurate visual description of religious reality. Instead, the artist uses shadows, colors, shapes and gestures to achieve a spiritual effect.

Gospel of John 1:14
And the Word was made flesh
And dwelt with us, full of grace and truth;
And we have seen His glory
Glory as the Only Begotten of the Father.

“My journey to the Bible and its teachings, which served as an inspiration for my work, began in early 2010, as I was preparing for my exhibition, There is a Time for Everything. Then I tried to relate my work to Ecclesiastes's book. Later, in 2014, I prepared an exhibition, Ecclesiasticus, inspired by the Book of Sirach (The early Christian church in the East and West honored this book and read it in the same way as the Jews before the Incarnation).

In my new series, And the Word Was Made Flesh, I turned to the New Testament and the message of Christ. I hope it will become a new source of inspiration for every viewer. After viewing the works of art, I encourage you to read the Gospel. And you will immediately feel the flow of blessing. "
Emilio Hector Rodriguez
Artist, Miami, USA