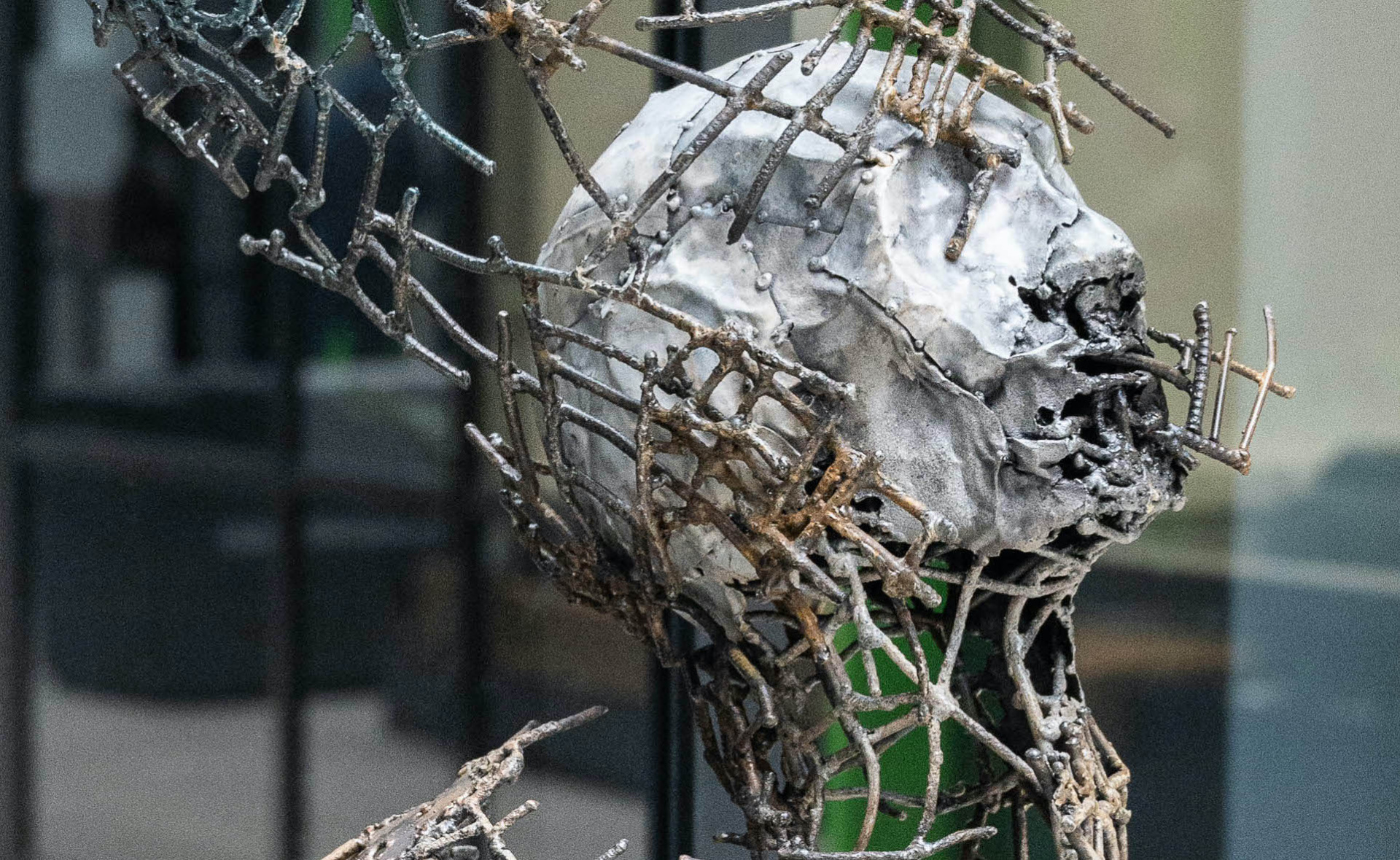 The personal exhibition "New Brave World" opens up a space for reflection on the trends of recent history. In the context of the rapid change in everyday life, the deformation of public consciousness brings culture and thinking to unpredictable points of development, which become the object of the artist's research. The exposition interprets the events of the gradual introduction of targeted modules and measures of the anti-utopian future in the field of modernity.

Alexander Dedov associates his work with the continuous search for new forms and the desire to go beyond the boundaries of the usual interpretations with each new work. In his youth, Dedov practiced drawing and painting, studied at the Arkhangelsk Art Lyceum. Later he focused his creative work on object design and sculpture, graduated from the British Higher School of Design. Despite his education, the sculptor considers himself largely self-taught. In his opinion, one can become an artist only by being an experimenter and having a spiritual need to bring something innovative to art every day, to look for one's own methods.

Dedov defines his works as a unity of three large-scale phenomena: material, technology and the power of human thought. The sculptures of the exhibition "New Brave World" turn these phenomena to the question of the transformation of everyday life and the artistic environment under the conditions of the totalitarian Renaissance.

The artist comprehends an alternative stage in the development of civilization, formed by the consequences of events and a new informational biofield. This stage is opposed to the generally accepted concept of development up to the return to the primitiveness of technology, art, education, material wealth and other values ​​of modernity. At the same time, according to the author, the immutable basis of the ideology of the totalitarian Renaissance is the multiplication of the ideas of humanity, harmony, preservation of peace and the resources of the planet.

“13+ works designed to be quietly silent in the deafening silence of total obedience. Metal metastases promptly and methodically do their job. The call for silence and order is a silent provocation about everything that does not hurt or disturb. About peace, kindness, wisdom and understanding.
The mass acceptance of news coming from various sources is nothing but general deafness - an embedded trend of the modern world, blinded by relative comfort.
Somewhere in the background, unintentional laughter is heard, annoying in its loudness.
Professional deformation of public consciousness inevitably leads to cyclical processes in historical justice.
We lift the curtain of silence as one, peering into the massive black hole of alternative security.
Welcome to a new wonderful world!