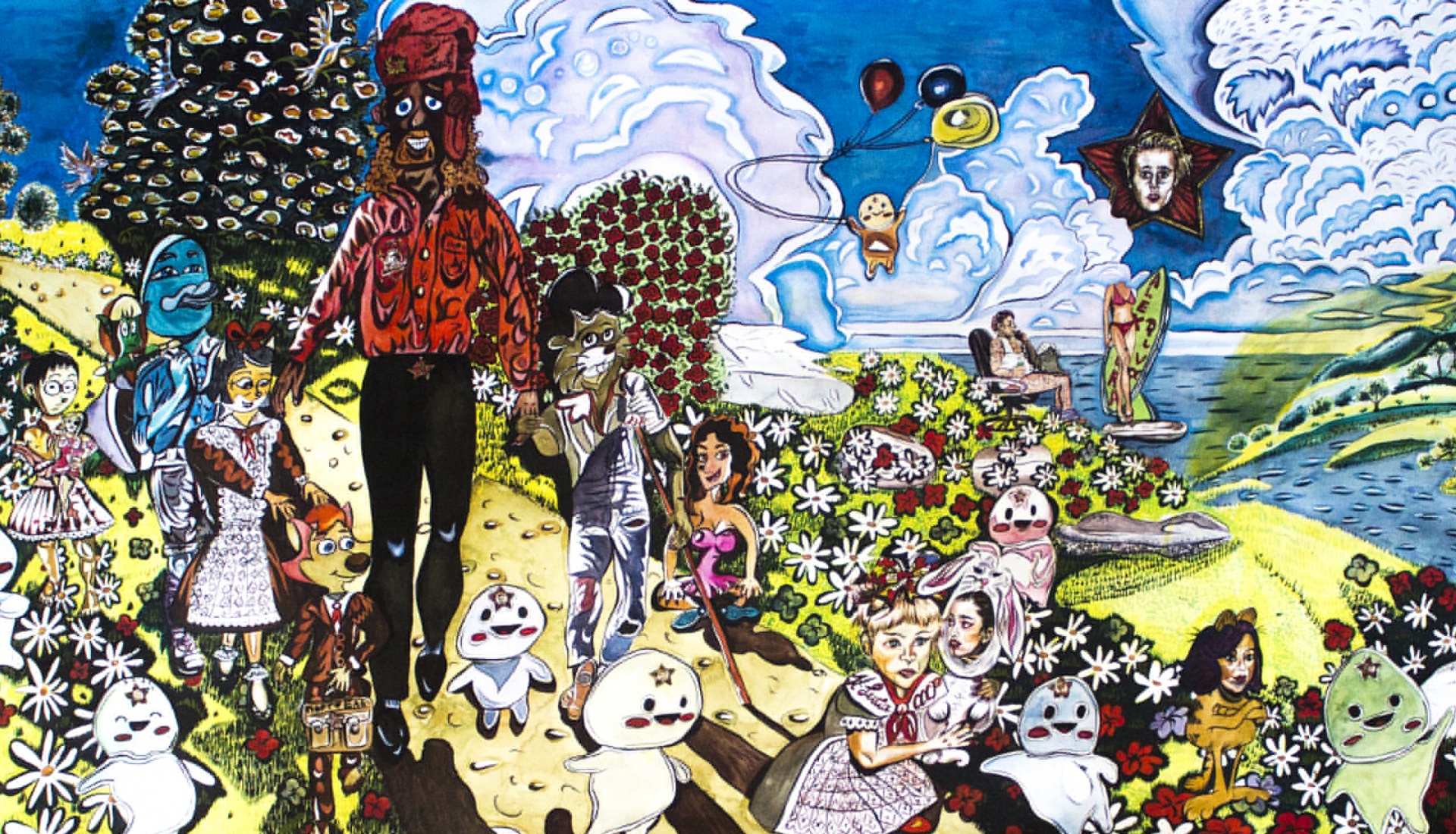 Past exhibition
The Epiphany of Wenut
Katyа Kan
25 January – 25 February 2020
About exhibition:

January 25, 2020 at 19.00 in the Museum of Russian Contemporary Art POP UP MUSEUM will open the personal exhibition of the artist Katya Kan "The Epiphany of Wenut"

The name of the exhibition The Epiphany of Wenut (Renaissance Venet) refers to the mysterious and majestic Ancient Egypt. In ancient Egypt, the gods were traditionally represented zoomorphically, that is, human traits were mixed with animals. The animal was endowed with divine power - this goes back to the primitive cult, totemism, when people believed in a blood relationship with the animal ancestor and worshiped it.

During the period of the Old Kingdom, the goddess Venet was portrayed as a woman with a hare's head. By its nature, the hare is agile, quick, agile and fertile - these traits were appreciated in the everyday life of people, as they contributed to survival in difficult conditions, when the danger came from almost anywhere. The Egyptians developed a funeral cult, and the posthumous existence in the afterlife depended on the prayers and offerings of the descendants of the deceased, therefore the hare, who embodied a powerful reproductive power, was especially revered.

The artist Katya Kan uses the image of a woman with a hare's head in her work, reviving the forgotten cult of the goddess Venet, rethinking it in the context of modernity.

The hare is a "totem animal", a business card, the mascot of Kan. She broadcasts it both in her daily life and in her video works and self-portraits, discharging the space of creativity with an atmosphere of carelessness and fun, mentally sending us to childhood.

In the era of neoliberalism and individualism, when all ideological and cultural communities collapse, it is important for the artist to represent himself - and Katya in her works refers to various visual self-interpretations, as if changing masks, adapting to the changing structure of reality.

In his work, Kan often resorts to allusions, while in her work an important role is played by the technique of performance, which is characterized by calligraphy and extreme detail of images. Every detail, whether it is a muscle on the body or a wrinkle on the face, is deeply worked out and conveys the emotional and physical state of the characters. Kan's works combine various signs of eras and cultural symbols: a sickle and a hammer, a red star, a crucifix. Also, the artist actively uses references to cinema and animation. The set of associations is unlimited, as are the problems of its work.

Katya Kan raises the problem of identity search in the era of globalization and multiculturalism, when some values ​​are integrated with others, there is a continuous paradigm shift, which creates a feeling of instability. Katya, standing on a shaky surface that is about to leave under her feet, is constantly on the run, jumping from place to place. In the search for self-identity, she tries on various cultural codes, using a wide range of images, making her way through the jungle of the information flow and the consequences of individualization, when it is so difficult to distinguish one from another and find oneself in a changing world. 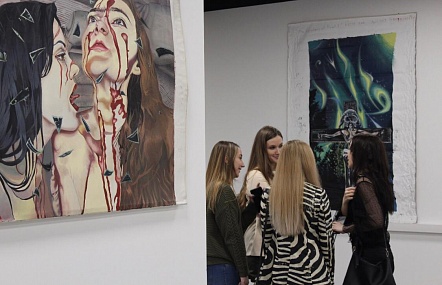 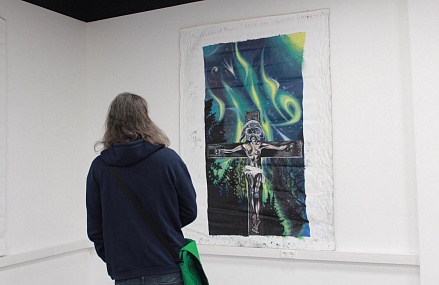 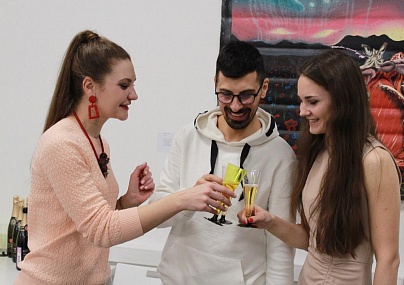 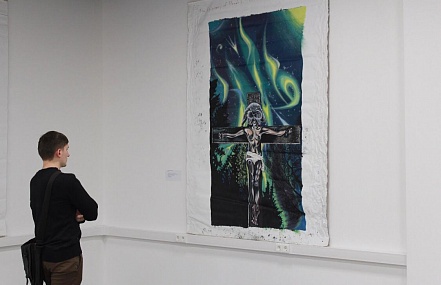 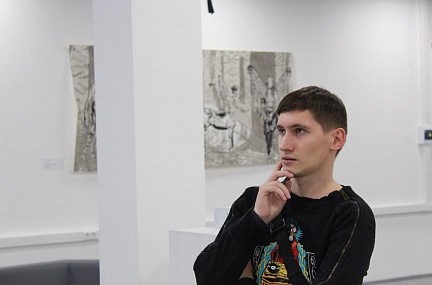 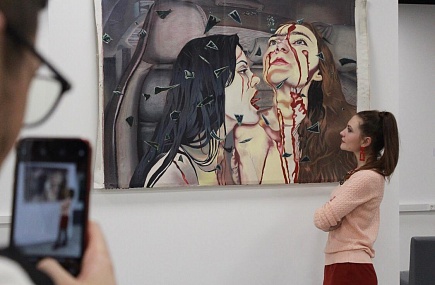 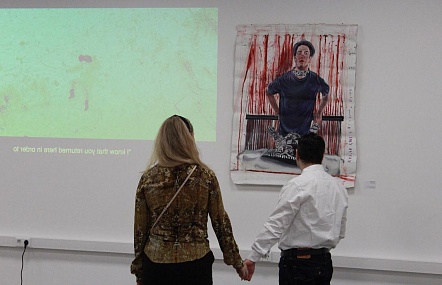 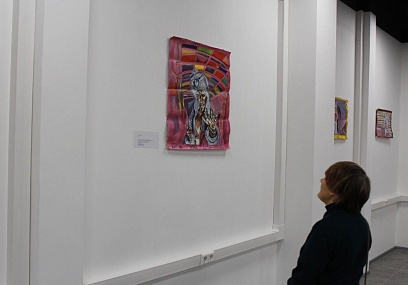 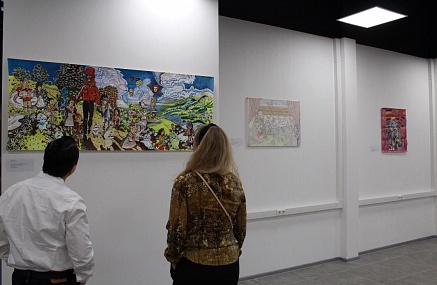 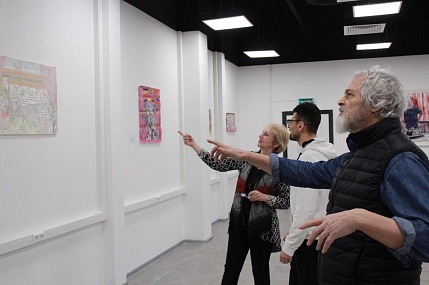 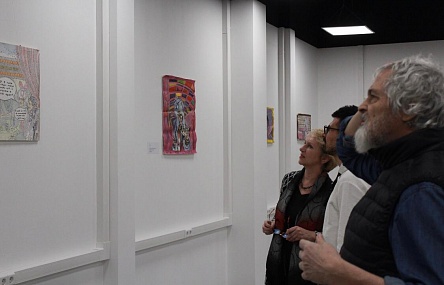 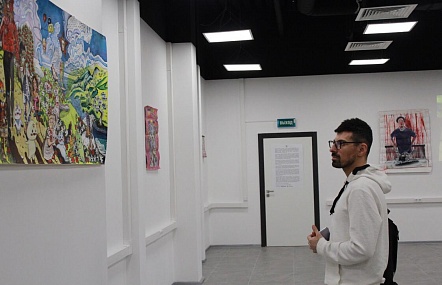 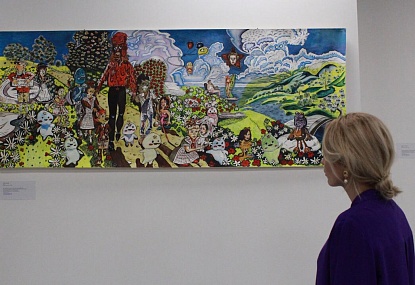 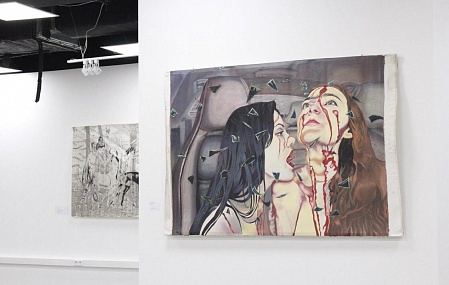