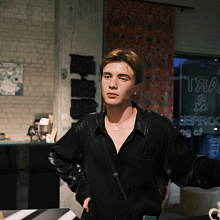 Ruslan Reshetov was born in the city of Saint-Petersburg, where the artist began to study art at a very young age and has been studying academic art for 10 years. A while later Ruslan moved to a city in west-central Russia - Chelyabinsk and continued self-study as well as started to work on his first contemporary artworks. By the age of 17, Ruslan Reshetov participated in his first group exhibition at the Gallery «New Sincerity» (Moscow, Russia), followed by various group exhibitions in 2021 and 2022.

At the moment Ruslan is working on his first individual art project, which comprises several works in mixed media - not only paintings but also embraces sculptures, and experimental works with crystals and mirrors.

In his works, Ruslan attempts to represent the correlation between consciousness and unconsciousness by creating a “space in between”. The research of the artist considers closely what the human soul is, and how it defines God as well as focuses on both feelings and behavior of human beings.

The main idea of Ruslan’s art is concentrated on bringing up the fundamental ideas of what a human being is and creating an impulse for new ideas and thoughts. 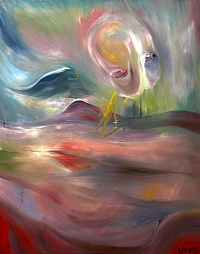 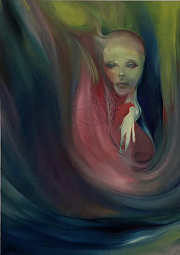